Herbicide resistant weeds have been expanding across the country for the better part of the past decade.  Crop protection product companies such as Monsanto and Dow Chemical along with seed companies such as Syngenta have come up with multiple options to help combat these pestering weeds.  The most promising solution appears to be within the Dicamba-resistant strains that were first made available for the 2017 season.  Even before these seeds began appearing in fields in early 2017 there was a significant amount of skepticism.

Many people shared the sentiment that Dr. Kevin Bradley expressed at the Wisconsin Crop Production Association annual meeting in January 2017.  Dr. Bradley stated, “There is no question the Dicamba option is coming, there’s no question about it.  But it’s another question altogether whether we can steward this technology, and time will tell if that’s true or not.”  He also pointed out the volatility of Dicamba and how finite amounts of this product could damage crops.

By the middle of 2017 states such as Missouri, Arkansas, and Tennessee had already received multiple complaints from growers of suspected Dicamba damage.  It is estimated that more than 3.1 million U.S. acres have suffered from Dicamba-related crop damage (Crop Life: Special Report Managing Weed Resistance).  Arkansas is actually on the verge of banning the application of Dicamba products – completely.

Even if it doesn’t get banned it has been voiced that application restrictions will make it virtually impossible to actually apply the product.  For example, if you can only spray the product with winds between 3-10 mph you don’t have much of a window in the Midwest.  We don’t have too many days during spray season with winds between 3-10 mph.  By the time you’re able to actually spray (within regulations), it’s too late because the weed plant is too far along to actually kill.  This scenario is speculation but is certainly a real possibility.

The Wall Street Journal reported that Monsanto actually sued the Arkansas State Plant Board in October.  This came after the board’s decision to ban Monsanto’s new herbicide.  Monsanto claims its herbicide is being held to an unfair standard.  Arkansas has been the focal point of complaints with almost 900,000 acres of crop damage reported.  It is noted that farmers in 25 states have submitted more than 2,700 claims to state agricultural agencies.  The complaints share the common theme of neighbors’ Dicamba spray drift and account for 3.6 million acres of total reported crop damage.

Our traveling sales representatives found evidence of Dicamba-related damage in a widespread area of our travels.  The conventional beans that were affected appeared to be “cupped”.  The plants didn’t canopy until later in the season – much later than normal.  We will start to know how much of an impact this chemical had on yields as the combines get in the fields and begin to report yields.  Some actually thought it could have a positive impact on yields since 2,4-D is a growth killer.

Some of the Dicamba products are derived from the chemical 2,4-D which basically grows a plant to death by oversupplying it with hormones.  The thought process behind this theory is that if the plant pulls through the “cupping” stage and comes out of it, the farmer could actually see a yield bump.  Again, that theory is yet to be proven…Below is an image of soybeans cupping due to Dicamba damage.

Even though many conventional fields were harmed there were much cleaner soybean fields this summer versus 2016 – at least in the areas we traveled.  The conclusion being, it worked – for those fields that were Dicamba-resistant seeds.  But we did see a number of conventional fields that looked awful.  The looked awful from the perspective that the soybean plants were small and sickly looking.  That being said – weeds were not present – so you can make the argument that the Dicamba did kill the weeds.

Drift is a major topic when the phrase “Dicamba” is brought up.  We even had one customer in the Polk, NE area that mentioned they witnessed product from an applied field actually lift up and move to an adjacent field a week after it had been applied – an entire week later!  You can ask the chemical companies and they will say that’s not possible.  The proof is in the pudding, folks – there are many instances similar to this over the past year.  If we have learned any lesson, it’s that these Dicamba products are extremely volatile and we must continue to educate, educate, educate.

Training and How Crucial It Is

There is a simple and basic rule to follow: The Label is the Law.  If you are applying a product with a spray tip that is not on the label and you damage a neighbor’s crops – you’re liable.  If you are running a spray tip that is on-label but operating out of the required pressure range or spraying in too heavy of wind and damages a neighbor’s crop – you’re liable.  The days or using one tip for every chemical applied are long gone.  An applicator must be 100% certain they are operating within parameters specified on the product label.

Always consult your label if you have questions about what application products or techniques you should be using.  For instance, a common theme is wind speed.  Labels limit wind speeds between 3-10 mph on many of the Dicamba products.

It has been mentioned that during periods of high temperatures and high humidity vapor drift can readily be witnessed up to three days after application.  Recall our example from Polk, NE and know that vapor drift from inversion has been documented outside that three-day window.  What is inversion?  Inversion takes place generally from 3 pm to 8 am the following day.

Driftable fines of these Dicamba-based products have been found to drift miles from the application site.  Due to this fact, the spray tips that are approved are those that create a larger and coarser droplet through air induction.  Such as Teejet’s Turbo Teejet Induction Nozzle.

There is a wide selection of approved tips from various manufacturers such as Wilger, Hypro, Teejet, and Greenleaf.  Remember, always consult your specific product label to ensure the tips you are choosing from are actually approved – you need to be on-label to safely and responsibly apply these products.  Furthermore, you can visit these chemical websites as additional resources: BASF – Engenia & Monsanto – XtendiMax.

As of mid-October 2017, Monsanto has voluntarily proposed to offer further educational programs to ensure farmers have success with the Roundup Ready Xtend Crop System for the 2018 season.  These updates include mandatory training, new recordkeeping requirements, and a Restricted Use Pesticide (RUP) designation.  This will limit sale and use to certified applicators or those acting under their supervision. All of these steps are supported by the Environmental Protection Agency (EPA).   The new recordkeeping requirements will better track label compliance and help protect farmers using the Xtendimax system – as long as they follow the product accordingly – adhering to all label instructions.

Thorough clean-out is a must for any equipment used in Dicamba application.  Applicators must keep the sprayer completely clean after Dicamba applications.  Due to the volatility of the product if there is any residual left in the plumbing system of a sprayer it will be applied at the next application site and drift from there.  Triple rinse with fresh water has become the industry standard.  Check out this other blog post for rinse-out techniques and tips.

This triple rinse process includes the entire plumbing system – strainers, screens, dead spots in the booms, nozzles, valves, pumps, etc.  Hypro has designed their Express Boom End Cap to aid in flushing booms.  Similarly, Wilger has come up with their own design to fit CASE IH Patriot sprayers.  Both of these products help eliminate dead space in the boom where residual chemical builds up and can cause headaches – major headaches when dealing with Dicamba products.

Furthermore, we have had a small handful of customers actually install chemical weighing systems solely for the dispensing and selling of Dicamba-products.  This keeps the product completely and totally isolated from any others in their inventory to avoid contamination.  Here is an example of Junge Control’s Chemical Weighing System.

Moving Forward and What that Means for Dicamba

So what does all of this mean for the future of Dicamba-products and how widely used they will or will not become in the near future?  One side can make the case that due to the number of claims and issues that were found this past season more farmers will plant the Dicamba-resistant seeds in 2018 as nothing more than an insurance policy.  After all, we did hear, in a number of instances, that growers actually planted the Dicamba-resistant seeds in 2017 solely as an insurance policy.  They knew their neighbors would be spraying Dicamba and chose to use this method as an insurance policy.

The other side could argue that due to the widespread damage created by the conventional seed vs. Dicamba-resistant seed issues this past year we might not have any Dicamba-resistant seeds available for 2018 planting.  Arkansas is leading the regulation wave here.  They are about one step away from banning Dicamba-based products altogether, at the time of this writing.  There are a handful of other states that are leaning in this same direction.  However, there are times when the market will actually overtake regulation.  Demand is a powerful force and we could see that process take effect very soon.

In my travels as a territory sales representative over the past four years, I have seen glyphosate-resistant weeds migrating north from central Kansas to central Nebraska – over 300 miles.  Each year the soybean fields get dirtier and dirtier – and the number of dirty fields has been increasing – at an alarming pace.  2017 was the first year I actually noticed a number of fields that were “clean”.

Weeds raise hell not only on crops but on equipment, as well.  Some fields have gotten so bad that one cannot run a combine through them.  They were just cut for silage.  We heard of many instances where growers spent twice their normal budgeted amount on combating/controlling weeds in 2017.

When it gets to the point where you spray a field five times (I heard this nightmare more than once) and still cannot get a kill on the weeds – you need to do something different.  A wise old man by the name of Albert Einstein once said, “Doing something over and over while expecting different results is the definition of insanity.”

“The vast majority of farmers using our low-volatility Dicamba product have had tremendous success in 2017, both with on-target applications and good weed control,” says Ty Vaughn, Monsanto’s Global Regulatory Lead.  “The product was extensively tested for volatility and other forms of off-target movement before it was made available to farmers this season.  We are confident XtendiMax can continue to be used successfully in the System next season.”

Mother Nature is forcing our hand and we need to adopt alternative methods to combat weeds.  Say that Dicamba-based products are outlawed.  It doesn’t mean it will keep growers and producers in this country from finding a way to improve their yields and solve this weed issue.  The market creates the demand and demand is a powerful force.

Changes in Dicamba Application for 2018

The long-standing USDA/EPA requirements for Restricted Use Pesticide (RUP) application is as follows:

The additional requirements for 2018 are as follows:

Furthermore, each state may go above and beyond the requirements listed here so be sure to check your local state regulations BEFORE applying RUP products.

If you enjoyed this read, please, feel free to share with family, friends, and/or associates.  Be safe out there. 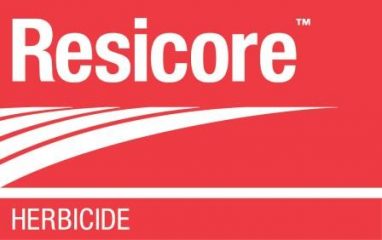 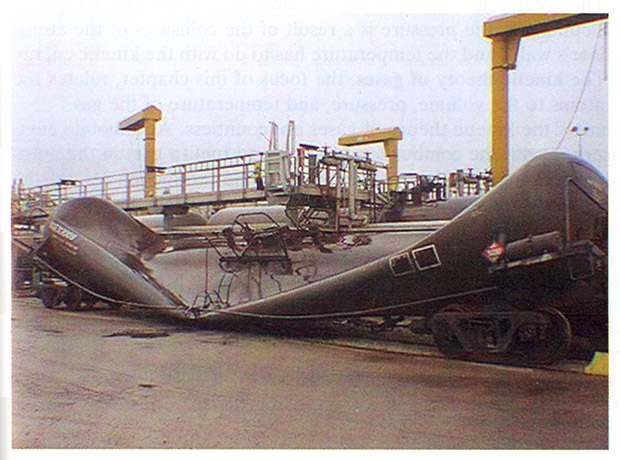 This is What Happens When a Tank Isn’t Vented Properly