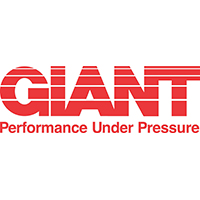 Thanks for stopping by again.  This month we want to dive into Giant Industries and highlight them as a partnering manufacturer.  Giant Industries works to provide superior solutions in all markets they serve and here’s how they do it.  Let’s start out by looking back into the history books address how Giant has evolved over the years.

The History of Giant Industries

Ray Simon founded the Giant Towel Company in 1972.  Towels were sold all over North America to car wash OEM’s and through wholesale distribution channels.  Then, in the mid-1970’s Giant became the North American distributor for Speck Kolbenpumpen Fabrik, a German pump manufacturer.  Speck offered a unique pump line, along with accessories, that quickly gained market acceptance.  Widespread use by OEM’s and distributors, alike, helped the Giant name become known as a staple product in the car/truck washing, pressure washing, and sewer/jetting markets.  Furthermore, the quality of this German pump and accessory line gained widespread demand throughout various industrial applications, as well.

When the 1980’s rolled around, Giant Industries began to offer their own manufactured items to compliment the German-made pumps and accessories.  This was done to address some unique requirements for pumps and accessories in the North American market, specifically.  Giant Pumps began building its own line of accessories such as shut-off guns, accumulators, and unloader valves.  As the Giant-manufactured products began to gain market acceptance, their manufacturing requirements increased, thus forcing the organization to acquire new facilities in order to meet market demand.

In the mid-1980’s Giant began to offer pump and motor units to the pressure washing market.  Additionally, Giant started to make axial pumps in Toledo which sparked the requirement for further expansion and yet, another facility.  The addition of this facility has allowed Giant Pumps to meet various market demand – from car/truck washing all the way to sewer cleaning.  At the current facility, Giant is able to manufacture both axial and plunger pumps, pump systems and a line of towel products.

As Giant has expanded in its manufacturing capabilities it has decided to take on more market exposure in existing markets – by offering those markets even more cross-related products under the Giant umbrella.  The main focal point being an offering of complete pump systems.  Offering custom-units helps Giant Industries’ customers concentrate on they key tasks that allow their businesses to remain profitable.  Giant offers pumps and pump systems that require more than 1,000 HP to drive pumps.  That is a massive pump system.  To put that in perspective, the largest pump unit that Dultmeier Sales has manufactured, to date, is a 150 HP centrifugal pump unit.  That unit weighed 3,100 lbs.  And we thought we dealt with some large pumping systems!

Dultmeier Sales has been a long-time partner with Giant Industries and we truly do value the relationship that we have built, together, over the years.  While Dultmeier Sales does represent many other manufacturers that are viewed as competitors of Giant Pumps, we know that when we are selling Giant products to a customer we can assure them nothing, but the best of quality – followed up by impeccable service.  Whether you are in the market for Giant pumps, spray guns, towels, pump oil, wash prep systems, nozzles, unloader valves or relief valves – we can be your one-stop-shop for all things Giant pump related.

As always, thanks for stopping by and we look forward to visiting soon.  Take care! 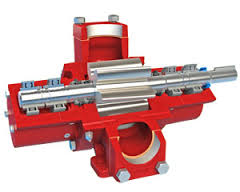 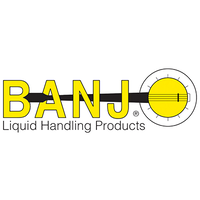