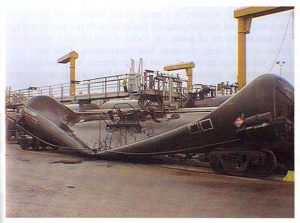 One must always keep in mind that it is extremely crucial to have proper ventilation – IN ANY tank that holds liquid.  A tank vent may seem like a small component of the system, but it is absolutely necessary.  If there is a pump attached to the tank and that pump is drawing suction from said tank, it is imperative to properly vent the tank.

Without proper ventilation one can turn a rail car – as seen in the video above – into a pop can.  Do note, that tank above is a standard liquid transport rail car and weighs approximately 68,000lbs (34 tons) with a minimum wall thickness of 7/16IN plated steel.  Bottom line – make sure you have a tank vent installed in any tank you use.

Even in the smallest of tank applications, it is absolutely prudent to install a vent in every tank.  We have seen many applications over the years where a turf applicator, using a small 50-100 gallon tank, did not properly vent their tank and collapsed the sidewalls by using a small transfer pump.  A vacuum can be created rather quickly in many plumbing situations.

Another example is commonly found in the retail fertilizer industry.  Many companies will pull from 275 gallon cage totes with concentrated chemical and dispense into smaller containers or mix with other products.  If these polyethylene tanks do not have a tank vent and are, therefore, not vented properly, they too will collapse. 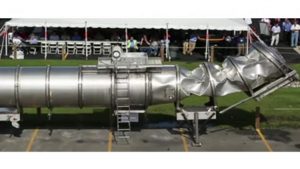 This does not only happen in transfer tank scenarios.  There are many applications in which actual bulk storage tanks have collapsed due to the creation of a vacuum in the plumbing system.  When a pump is starved of liquid, it will begin to cavitate.  We will have a future post on what pump cavitation is and how to avoid it.  In larger bulk tank storage scenarios we have seen tank vents become clogged up with dirt, debris, bugs, etc.  This happens from simply being exposed to the environment.  The inspection of ALL tank vents should be written into any annual or bi-annual safety inspection protocol.

With ever-increasing OSHA regulations, this task could be difficult to accomplish without repercussions.  OSHA does not want employees on top of storage or transfer tanks for obvious safety reasons.  Should they find a company employee on top of tanks, potential fines could be imposed.  That being said, if no one is inspecting tank vents how do we prevent tank collapses from happening more often?

Below are a couple of images of bulk tanks that were sucked in or “collapsed” due to pump cavitation.  The cavitation was so great that it essentially created a full vacuum and collapsed the tank walls.  A tank collapses because a complete vacuum has been created in the plumbing system and, due to the tank having the largest surface area, it is generally one of the weaker points in the plumbing system; relatively speaking. 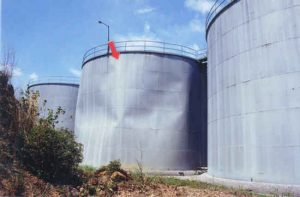 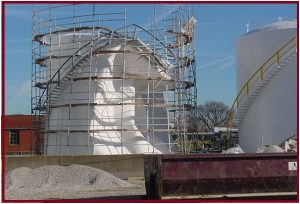 In smaller applications, such as a spot sprayer or small acreage spray unit, a basic vented lid cap can be used to avoid tank collapse.  Do note, that the user will see some slosh or spillage come out of the vent.  This is normal as the vent is doing what it is intended to do – allowing the tank to exhaust internal pressure and ‘breathe’.  Even in small tank applications like this spot sprayer, it’s critical to have a vent.  Many solutions will tend to vaporize as they warm up.  This causes an expansion due to added volume that the vapor creates.  Without a vent, an end user will notice a swelling in even the smallest of tanks.

Many smaller vent caps are simplistic and just have an internal spring.  The spring acts as a relief valve and exhausts the pressure in the tank.  Furthermore, the vent allows air to enter the tank, as well – it’s a bidirectional valve.

Therefore, when pressure builds in the tank – due to product heating up, expanding, or vaporizing – the tank valve allows that pressure to be released or exhausted.  Thus, a vent can work in two different ways.

First, it helps a tank from collapsing in on itself if a vacuum is created in the plumbing system.  As seen in large tank pictures above, we can do the same thing to smaller tanks if we create a vacuum in the plumbing system.  Secondly, the vent allows a tank to breath outward if the liquid inside the tank begins to vaporize – when a liquid vaporizes and turns into a gas it actually takes up more space.  This can be seen with a small plastic gas tank if left out in the sun.  While a tank can collapse inward it can also rupture outward.

The bottom line, key takeaway from this discussion topic – always use a tank vent valve to ensure that your tank remains in service and you don’t have a major mess on your hands.  If you have further questions don’t hesitate to give us a shout.  Your Experts in Delivering Fluid Handling Solutions – We Know Flow! 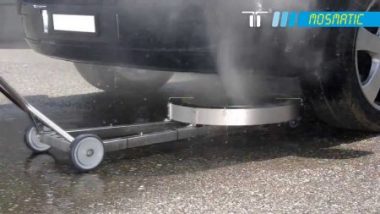 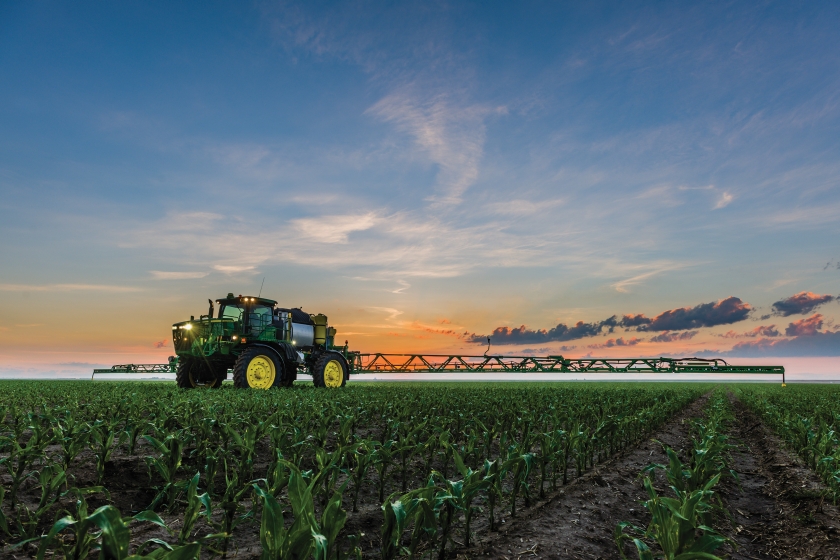 Sprayer Productivity – How to Increase & Achieve a Greater ROI